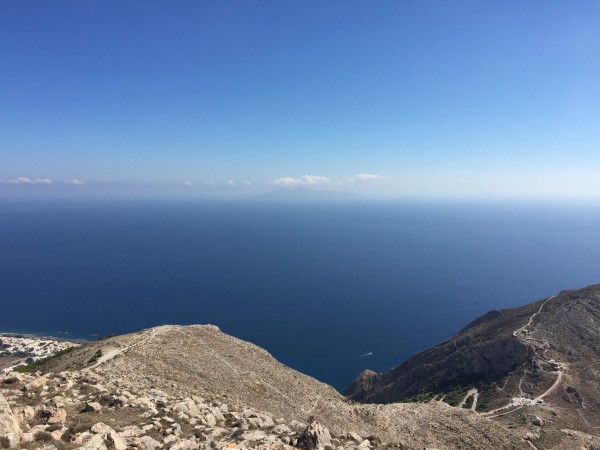 I meant to post the following about a year ago. It’s a rather personal post, so I left it after I wrote it and never ended up getting back to it. Actually, shortly after I wrote this I left my blog unattended (in terms of posts) for just about a year.

The biggest reason for this was I just didn’t feel like writing. I write a lot for work and there have been a lot of things going on in my life in the past year that left me with little desire to write things down. There’s something comforting about decreasing your online presence and letting yourself get lost in a more anonymous presence.

I’ve never been much for self promotion. Perhaps that is one reason I’ve neglected this blog. For whatever reason I’ve felt like writing again, and in the randomness that are most of the few posts I have here, I though I’d start with what I wrote just about a year ago but never posted.

I’m going to start off the new year with a confession of sorts. Over the past six months, I realized that there have been times over the past decade I’ve been guilty of being insensitive to others. It wasn’t something that I meant, but it happened nonetheless (my apologies if you where expecting something more dramatic).

When I was in my mid twenties, I was getting to be rather overweight for my height (174 centimeters, or about 5.7 feet). At my peak, I weighed 90 kilograms (almost 200 pounds) and I felt lethargic, tired, and very unhappy with my health. One day I got very winded just walking up one flight of steps at work, and I knew then that I had to do something to change.

But what? Like many, I love food, cooking, and eating. At the time I was living abroad in a very different culture with alien customs and a seemingly impossible language to learn, and things like fried chicken, cheeseburgers, pizza, and juicy steaks were comfort food for me.

I didn’t grow up in a sports-oriented family. Neither myself nor any of my siblings participated in any sports at school or as extracurricular activities. The health education I received, particularly about food, and the examples that I was surrounded by were poor and inadequate. When I was a teenager it never even occurred to be that having that big double bacon cheeseburger for lunch and then a large pizza for dinner – and of course with large sodas at each meal – was a bad idea.

There I was in my mid twenties, witnessing the ill effects of the lack of education and choices I made in my youth. I knew I wouldn’t be able to simply stop all of the food I loved cold turkey. I’d have to make some sort of plan to incrementally reduce my food intake and also add some type of exercise to the mix.

Living in the countryside of a foreign land with no access to a gym or exercise classes that I could understand, the only thing I could think of to do was run. I lived across a river that had a paved road for walkers, cyclists, and runners that stretched for tens of kilometers parallel to the river. I never saw any walkers, cyclists, or runners there, and the pavement was giving way to patches of grass, weeds, and small trees. It felt like a lonely place, something that was hastily made and then abandoned. But one day I decided that I would make an effort and try to run there.

I didn’t get far. Before I started, I measured in my car how many kilometers it was from my starting point to a nearby bridge. It wasn’t even one kilometer; just over 500 meters. This would be my turnaround point. Run to the bridge and back and get in one kilometer. Never running much in my life, I barely made it to the bridge and had a painful walk back.

On that walk back on a late July summer’s evening, with the sound of the river slowly flowing next to me interspersed with the low humming of all manner of insects, I decided that I would keep running. I decided that the next time I ran, I would go only 500 meters. I would keep running 500 meters until I felt it was easy enough for me to make one kilometer. When I could make it one kilometer, I would go for 1.5 kilometers. I made a promise to myself to never, ever go less than the day I went before. If I decided that I would run for two kilometers, that meant that I would never run less than two kilometers. This helped me ensure that I would be really ready to up my distance and not go too fast.

The summer quickly turned to a cool, brisk autumn. Rain, snow, and short days came. Yet I was still running. In six months I had upped my distance to 15 kilometers, was running three or four times a week, and even finished my first half marathon. I lost 25 kilograms (55 pounds) and my colleagues asked me if I was sick. No, I wasn’t sick, I had just caught the running bug, and it has stayed with me ever since.

My random decision to run that July evening in 2004 changed my life. I would go on to run multiple marathons, 50+ kilometer trail races, and even finish a 100 kilometer charity race in the mountains over thousands of meters of elevation. Twice. Running became a huge part of my life. I ate better, was more fit, and felt the healthiest I would ever feel.

Just as fast as it came, it went. In May of 2014 I started noticing some strange physical symptoms. I don’t want to go into it in detail because that’s for another post (maybe), but it has to do with the immune system, nerves, and muscles. I couldn’t explain it, and when my symptoms didn’t subside over a period of two months and they were interfering with my running and other physical activities, I sought a professional opinion.

Doctors initially brushed me off due to the amount of physical activity I was doing (you’re just using your muscles too much, I was told), but four hospitals and countless tests later I was diagnosed with an extremely rare syndrome. I am thankful that it’s not fatal, but because it effects my muscles it makes long distance running or most other sports very difficult, if not impossible, to tolerate. While I look fine on the outside, even my daily routine can cause my symptoms to flare up, doing a nice number on my muscles and leaving me feeling like shit. It’s not the end of the world, of course, but it’s not very fun either.

This is the first time I’ve written about it, and it feels strange. As if writing about it officially confirms how this syndrome has affected my life.

You may be wondering where the part about insensitivity comes into all of this.  I changed my life by running, and I did it on my own. No videos. No friend to help me. No personal trainer. No classes. No gym. I lost weight and felt so much better about myself. I used to think that if I can do it, so can anyone else.

If I talked to someone who was trying to lose weight, I would tell them just to run! Just do cardio! Run 5k every day! It’s easy, if I did it, you can too! I would always post about my runs and races on social networks (and even on former blogs), and I would always make sure to point out to people the virtues of running and that they just need to get up, go outside, and run.

But this was an insensitive approach. Not necessarily to the person who I was talking to or expressing my excitement about running. I would know this person and know that they could physically run. But it was insensitive to all the other people who might see my post on a social network or might overhear me talking to someone about running. Why? Because not everyone can physically run, and not everyone wants to be reminded of this fact constantly.

A year ago I was running about 200 kilometers per month. Now I’m running between zero and ten. Running is hard for me now, and extended periods of running cause a lot of pain. When I see posts on social networks from people telling others to “just run” or “go to the gym” or “do this program” to be healthier or lose weight, it’s hard not to get frustrated. I’ve realized first hand that not everyone can physically run or do exercise easily, and treating the entire world as though running or exercise is something that can be easily done by anyone is insensitive. Which is what I’ve been guilty of.

What happened to me has considerably changed my outlook on many things. Life experiences have a way of doing that. It can be easy to be insensitive to others or put them down by assuming things about their life or unique circumstances. I try to never fall into this trap, whether in terms of exercise or anything else. I try not to give advice to others about lifestyle choices that I believe they should or should not do unless they ask for it, are family or close friends, and I am intimately aware of their circumstances. Even more than before, if a disagreement comes up with someone in my life I try to give them the benefit of the doubt as much as possible and try to learn about their unique circumstances, as it’s very likely there are things going on in their life of which I’m not aware.

In the end, and what I feel I am not articulating well, my experience has made me strive to be a more sensitive, caring, and forgiving person. These are qualities I felt that I had, but realized these are also qualities that always have room to grow. I’m looking forward to continuing to foster this growth in the new year and beyond and I would urge you also give it a try. You might like what you find.

Previous: Jon Stewart is Leaving the Daily Show
Next: When it’s Not Thrifty