Just over three kilometers northeast of Kolonia, the largest town on the island of Pohnpei in the Federated States of Micronesia (FSM), is Lenger island. From the late nineteenth century the island has had an interesting history. Pohnpei Eco Adventure has a really good writeup about the history of Lenger, but the short story is that it has gone through periods of German, Japanese, and American control before FSM became a sovereign nation in 1986. 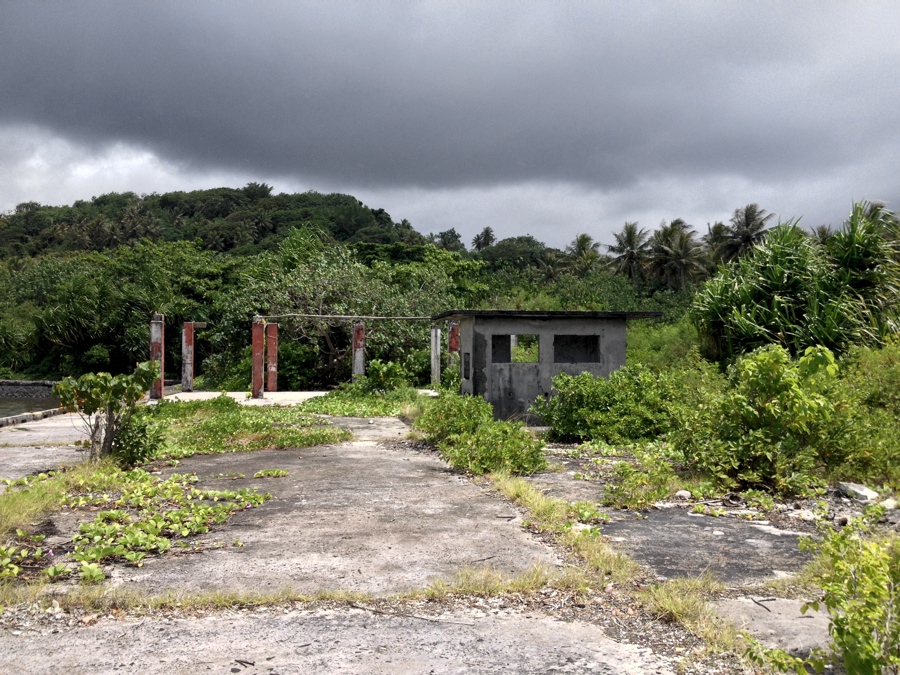 Today Lenger is mostly a jungle and only inhabited by a few families, but a walk through the island will reveal an interesting history. Out of the island’s three historial occupiers Japan brought the most dramatic changes to Lenger. Under the jurisdiction of the Japanese Imperial Navy, the land area of Lenger was expanded by 60% and the island’s infrastructure was significantly enhanced. A seaplane ramp, hangar, dock, lighthouse, roads, barracks, and a myriad of other buildings were constructed on the island. Even though it is a small island, at its peak in the early 1940s Lenger supported a population of about 700 people. 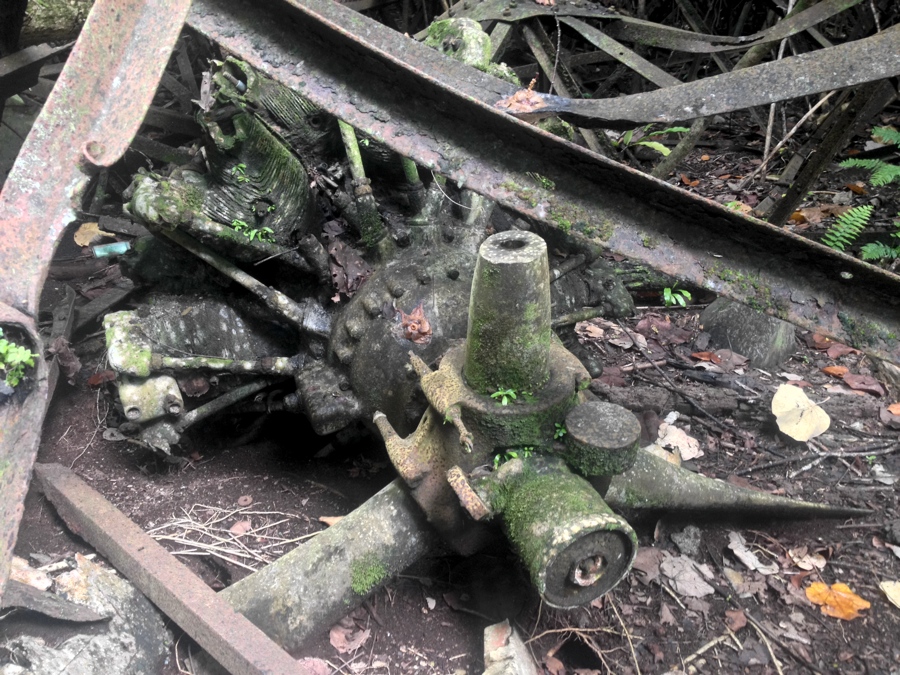 In early 1944 the Allies bombed Lenger, which just about destroyed everything. The remains of this campaign can still be seen today, overtaken by a jungle that has slowly hidden Lenger’s history over the past seven decades. I recently had the chance to visit Lenger and explore these ruins. Hiring a guide for a few dollars is a good idea, as large sections of most paths are overgrown and their machete wielding skills will come in handy when you reach these areas. 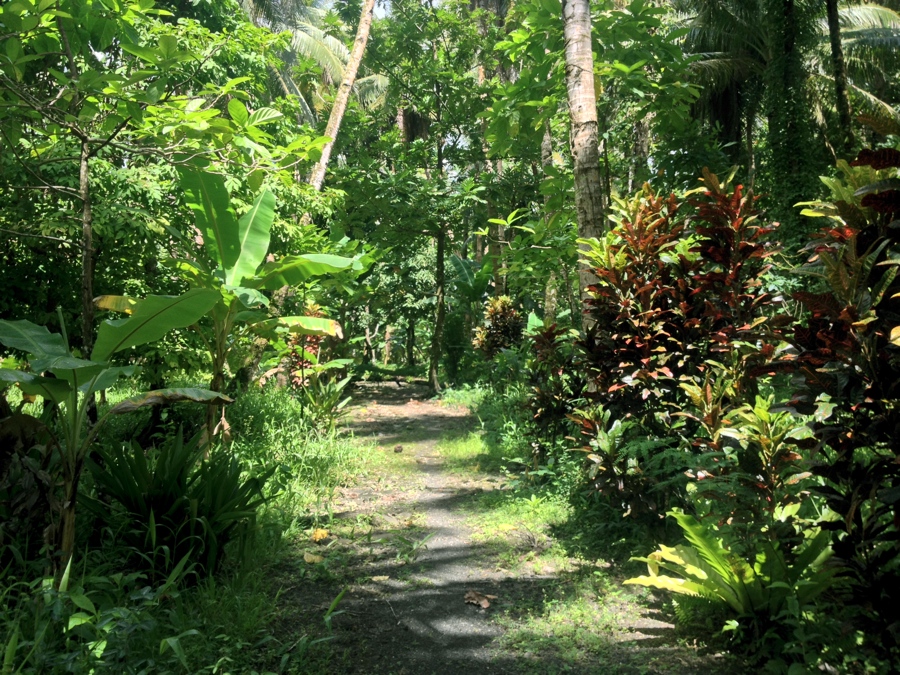 As you make your way through the jungle and up to the top of the hill on the middle of the island, you will find rusting airplanes, bullet riddled walls, a collapsed searchlight, empty fuel and water tanks, pipelines, caves filled with crumbling radio equipment, bomb shelters, and an empty dock and seaplane ramp. It’s amazing to see the power of nature and is a reminder that no matter how much we as a species try to manipulate our environment, nature will always win in the end. 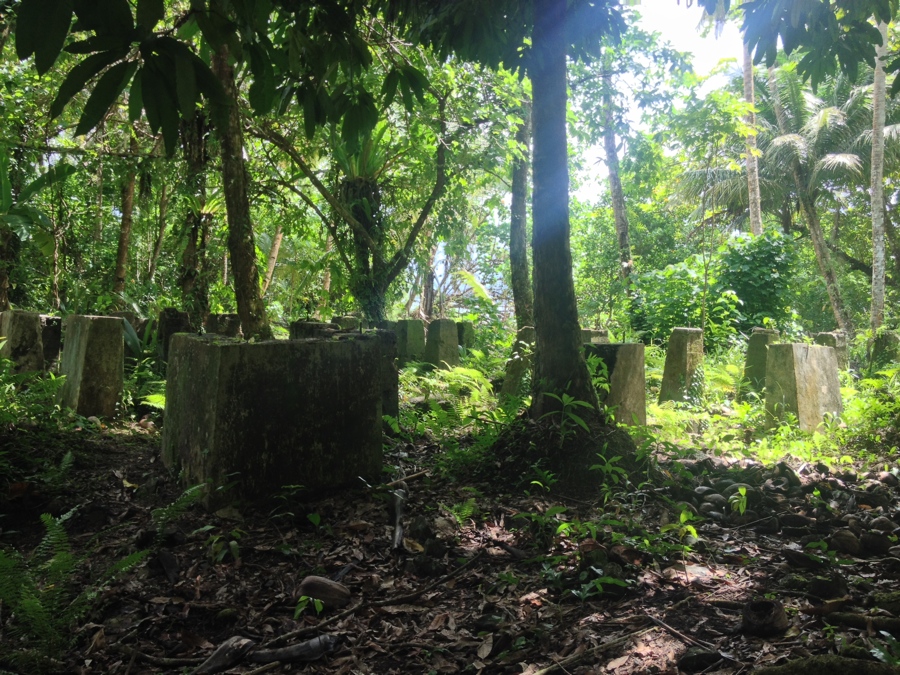 If you are ever in FSM and have a chance to visit Lenger I highly recommend a trip. You can do it in a half day and its very inexpensive. If you have access to a boat guides only cost a few dollars, and if you do need a boat rentals out to the island are also pretty cheap. Just make sure to get permission from one of the families on the island before you set out, as Lenger is now all privately owned. It’s really an amazing place and definitely worth a visit. 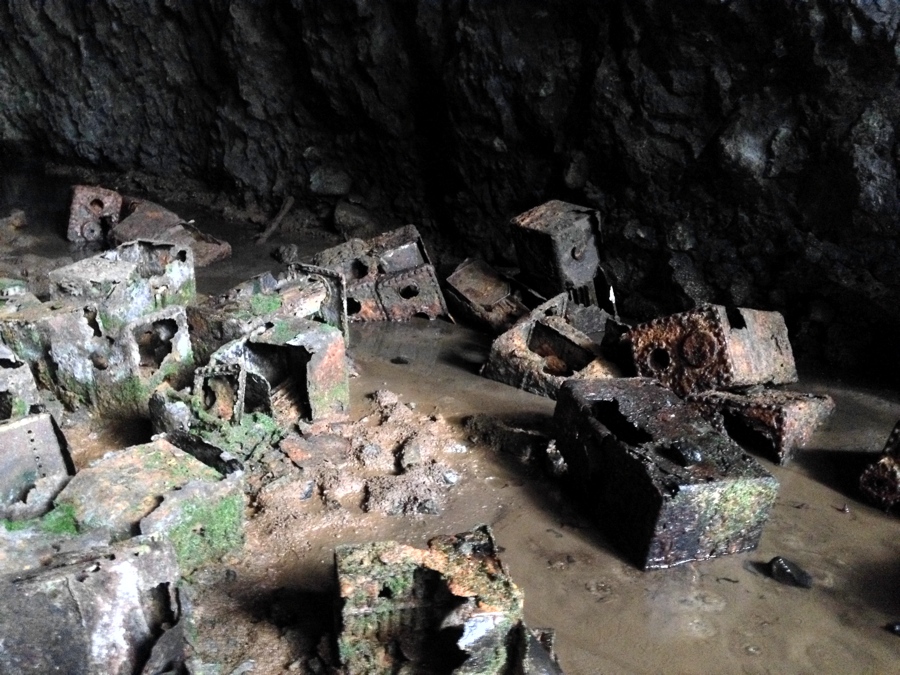 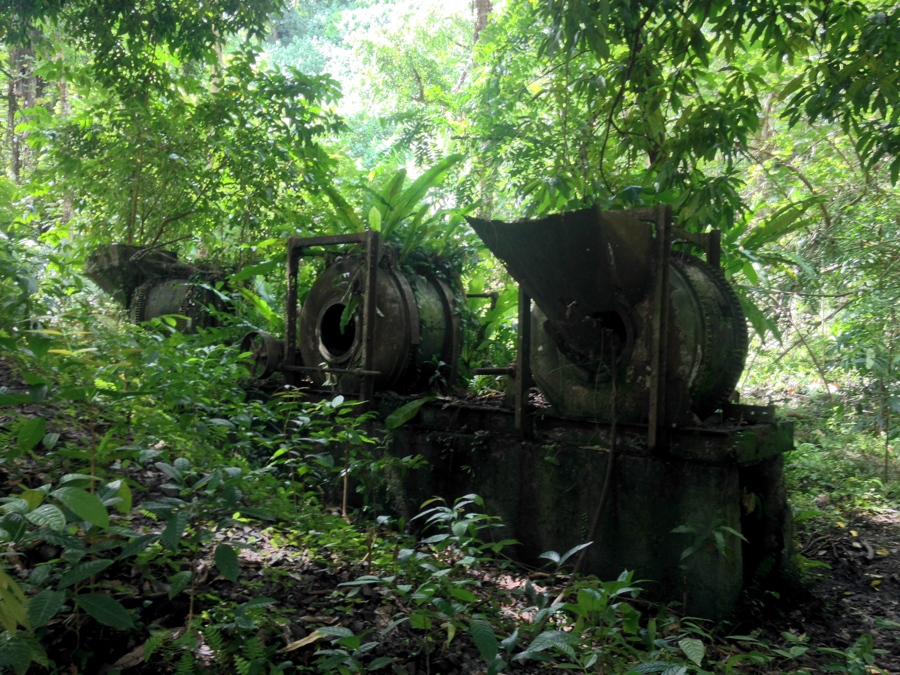 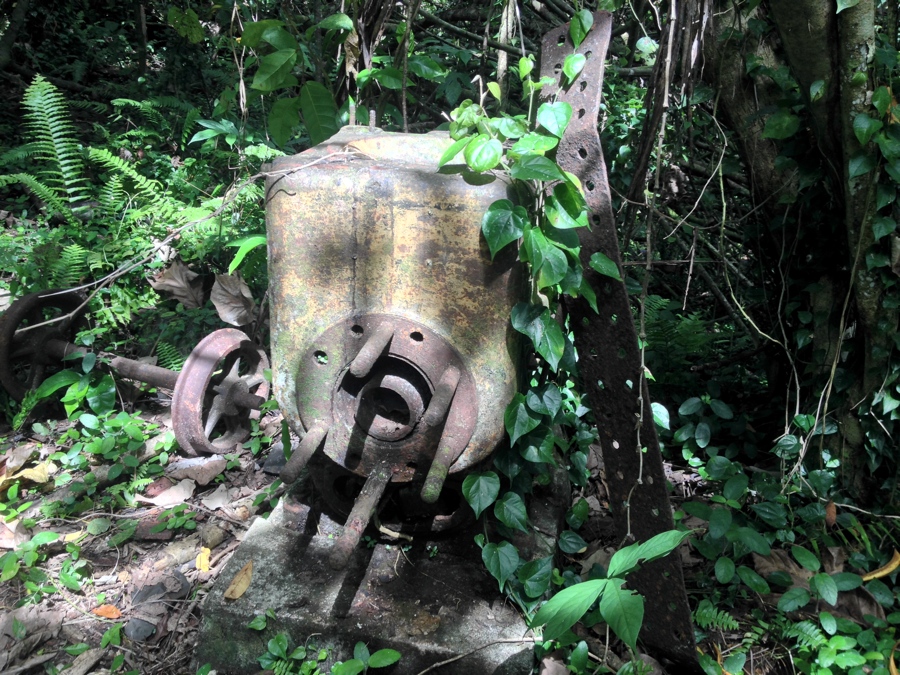 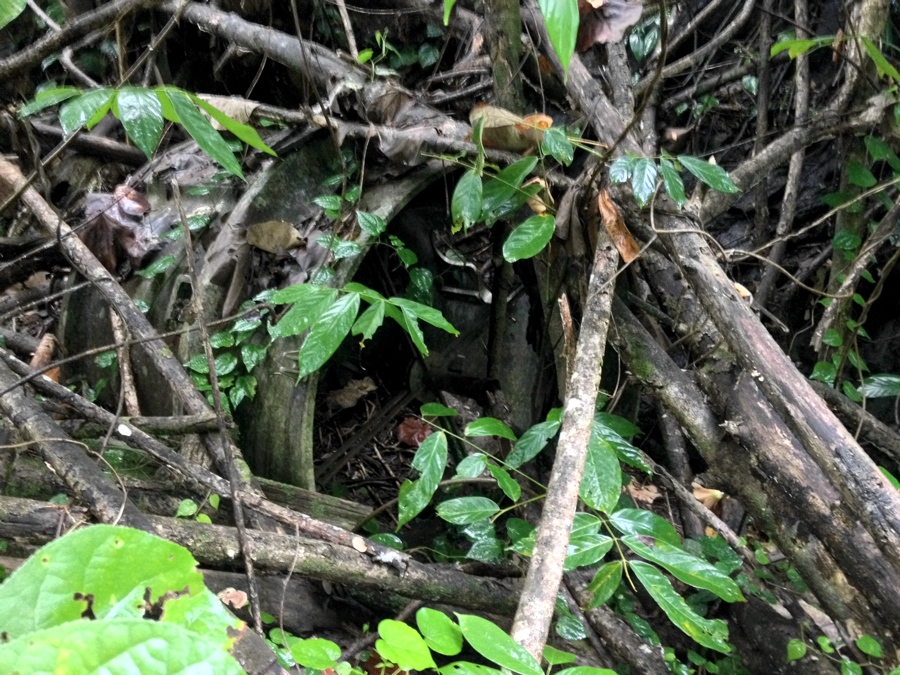 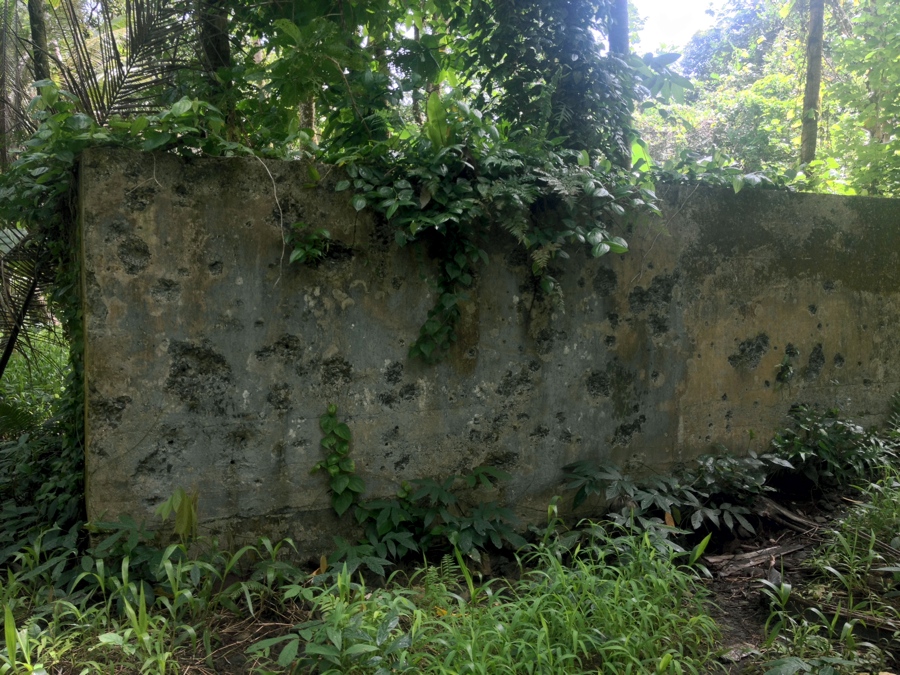 Previous: Haikyo
Next: Climbing Your Mountain