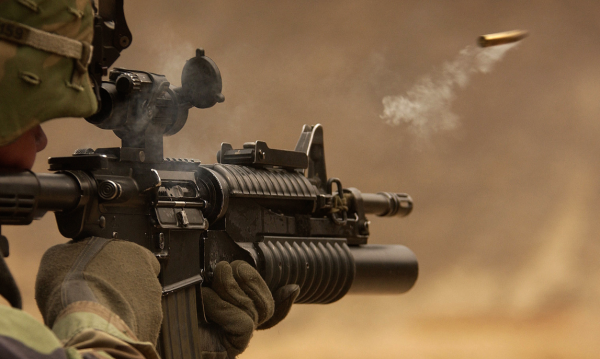 Banning all guns in the US would likely be difficult right now. If such a law were enacted, I would imagine it would take decades to actually put into place. I’ve had gun owning friends argue that banning guns will just stop law-abiding citizens from getting guns while it won’t stop criminals from getting guns. I agree that criminals will always have access to guns if they really want to get them and have the resources and connections to get them. But, what’s wrong with making it harder for new guns to get into the hands of the wrong people? With the laws in place now in the US, what’s stopping a gang from paying someone with a clean record to buy guns and then handing them over to the gang? More guns being bought means more guns manufactured and coming to the market meaning more guns potentially ending up in criminals’ hands in the long run. It also means that little Timmy can go get an AR15 and, without needing much skill, easily kill almost 20 people in an hour (no offense meant to anyone named Timmy).

Making it harder to get guns can work. I’ve seen it work. I lived for 16 years in Japan. You can buy a shotgun or rifle in Japan. I’ve known people with guns in Japan. But to buy a gun, you have to take a class, pass an exam, pass a skills test at a shooting range, pass a drug test, pass a mental health evaluation, have a verified secure place to store the gun under lock and key, and then pass a police background check. It can take up to four or five months to complete this process. No matter what, you cannot buy an AR15 or similar weapon in Japan. This process stops impulsive gun purchases and makes gun violence less likely (Japan is near the bottom of the list of gun violence, while the US is near the top).

The result of this is gun violence is almost unheard of in Japan. And yet the bad guys still have guns. The yakuza still have guns. You read in the news sometimes about a rival boss being whacked or some low level yakuza shooting the wrong guy. But beyond these incredibly organized crime syndicates, from what I know from living there it is very hard for anyone to get an illegal gun without the connections or money.

I think the US needs something like this as a first step. Not an outright ban, but better regulations to get fewer guns in circulation and less risk of mentally ill people easily stocking up on guns and ammunition to commit crimes.

The sad truth is there will always be people who want to commit premeditated acts of gun violence or who are prone to committing rash acts of gun violence. Maybe a total gun ban wouldn’t work in the US. But let’s at least look at the successful examples of other countries and make it a little harder for guns to fall into the wrong hands. What’s wrong with trying that? If you want a gun for a valid reason you can get one if you meet the legal criteria and you have to wait more than the 10 minutes it takes with the current “background check”.

Lastly, I don’t understand why so many look at the US constitution as something that is perfect and infallible. Times and situations change. The 2nd amendment was written over 200 years ago at the earliest stages of the US’ founding when a loose collection of local governments were fighting for their lives and future of a new country. Everyone needed a musket next to their bed. This is not the situation today. When times change and circumstances dictate, I believe the constitution should be changed to best meet the needs of current circumstances.