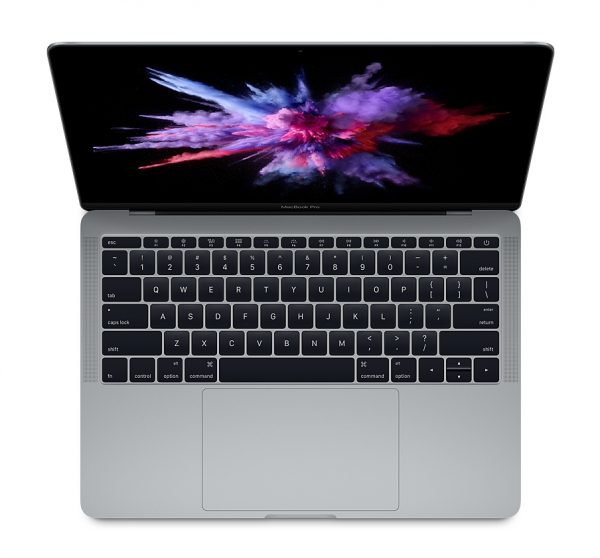 I recently stumbled across an article over on Medium by Pier Cover about why he bought a 2015 MacBook Pro instead of the new 2016 models. He brought up a number of interesting and valid points for himself. As I read it, I realized how really personal a personal computer is. Everyone has different uses and what is right for one person is not right for others.

CPU performance increases are not what they once were. I remember when I first started building desktops in the 90s how many great leaps there were in performance yearly. That’s not the case anymore. In raw CPU power, Pier is right, there isn’t a great deal of change.

But to say that performance hasn’t increased is off the mark. I believe one reason Apple chose Skylake processors instead of Kaby Lake is because of the GPUs in each version. The Iris GPUs are not yet out for Kaby Lake, which means if Apple put these new CPUs in the 2016 MacBook Pros they would be taking a step back in GPU performance.

Because there isn’t a huge gain in CPU performance between the two generations, Apple put the older CPU version in that contains a much better GPU. This is not insignificant, as Pier claims. In fact, the Iris 540 and 550 are significantly faster than the integrated GPUs in the 2015 models. The Iris 540 is almost 50% faster than the Iris 6100 in the 2015 13” MBP. That is huge.

So huge, in fact, that it was a deciding factor for me to upgrade to a 2016 model from my 2012 15” retina MacBook Pro. I’m a casual gamer and like to be able to game on the go. One criteria for upgrading was that the GPU had to be faster than the Nvidia GeForce GT 650M in my 2012 model. The 2016 MacBook Pro gives me that as it is approximately 4% faster than the dedicated GPU in the 2012 15” model. This means I wasn’t losing any power, but only gaining power and in a smaller, lighter package.

This is not to even go into the new SSD, which is immensely faster than the older one with sequential read speeds of up to 2000 MB/s and sequential write speeds over 1400 MB/s. The RAM is also faster at 1867MHz in the non touch bar model. There has been some complaining about the lower RAM speed, but this is a negligible difference that most users will not notice in real world usage. While the CPU in this machine is only marginally faster, everything else in the 2016 in terms of performance is much better than the 2015 model, and not by an insignificant amount.

Pier states the upgrades in the new display isn’t good enough for him to make the upgrade. He brings a valid point: many people in average use will not notice the difference. However, the new display is better in every performance metric and produces better, brighter colors, crispness, and accuracy. It’s not that noticeable to the casual user, but it is better. I replaced a 2016 12” MacBook and 2012 15” retina MacBook Pro with this machine, and having them all side by side I definitely noticed a difference. The new display on the 2016 MacBook Pro looked better. It’s not a make or break improvement, but it is better and nice to have.

This is a personal issue. I’ve been using the 12” MacBook since June 2015 and have gotten very used to this keyboard. I’m a touch typist and can type generally very fast. I have no issues typing at my regular speed on Apple’s butterfly mechanism keyboards. In fact, I’ve grown to like them much better than the older ones. I also like how the backlighting lights up only what needs to be lit up. You may love or hate the new keyboard and this is a personal preference, but I would recommend you give it a chance. It might pleasantly surprise you.

While Skylake processors are not that much faster than Broadwell, they are much more efficient and this helps with battery life. Yes, the new MacBook Pros have had some growing pains with battery life. But everyone seems to be ignoring the non touch bar model, which is the model I purchased (upgraded to 16GB of RAM and 512GB SSD). I am easily getting 8 to 10 hours on this machine, which is more than I was getting on either of my old Macs. The non-touch bar model (the model I purchased) has been tested to get over 11 hours of battery life with basic WiFi use. The Touch Bar model seems to have battery issues, but the regular function key model has a bigger batter, less power hungry CPU, and no touch bar to power, meaning it has much better batter life.

I don’t find this a deal breaker as Pier does. I don’t think it is a gimmick. I think that it will become more useful as time goes on and developers create more uses for it. Once it gets haptic feedback – which I think it will one or two generations down the road – it will be even more useful.

I agree with him though that it does add cost, consumes battery, and is another expensive part to repair. These are some of the reasons why I purchased the model without the touch bar.

Another reason is that I use my MacBook Pro in clamshell mode tethered to my desk about 70% of the time. After four years with my old 2012 15” retina MacBook Pro I had less than 150 cycles on the battery. My computer stays home a lot and I didn’t like the idea of having the touch bar when I’m out and using my Mac as a portable machine but not having it when I’m using it as a desktop, which is most of the time. When Apple releases a Touch Bar version of their bluetooth keyboard I might rethink this, but for now I wanted a seamless experience that doesn’t vary, and that’s why I chose the model without the touch bar.

Just because Pier doesn’t use Thunderbolt doesn’t mean it’s not useful. I love Thunderbolt. I’ve used it for high speed external storage and for the past year with my external GPU (eGPU). Presently I have a Nvidia GeForce GTX 1050 Ti 4GB in my Akitio Thunder2 enclosure and have it working in Windows 10 on my 2016 MacBook Pro and also my 2014 mini. It allows me to have more GPU power than almost any portable Mac when I’m at home while retaining the portable, light form of the MacBook Pro when I’m on the go. Thunderbolt, and the latest version (Thunderbolt 3), is awesome.

Yes, it is annoying to require dongles. At the same time, the port is so versatile that one port can provide so much it doesn’t really bother me. With one Thunderbolt 3/USB C port I can use a dongle that provides HDMI, an SD card slot, 3 USB A ports, and power passthrough (the HooToo adapter). As I’m tethered to my desk most of the time, this is really great because I have so much versatility with one port. When I’m traveling it has been annoying to need a dongle. But I’m not taking my Mac around with me without a bag. And if I have a bag, it really doesn’t require much extra weight or space to add one dongle with many ports for all of my needs.

Some people will hate the port issue and I can understand them. For me, however, it’s not an issue.

I do miss MagSafe, though, but not so much that I’d rather have it back with another potential part to break.

What is not tested in the 2016 models is the touch bar and battery. Everything else is basically the same Mac we’ve known, albeit with different ports and different keyboards. USB ports are rated at over 10,000 plug in/plug out cycles, which means they are likely to last far longer than the useful life of the machine. Overall, it will work the same and be just as effective as previous models. I also think Pier is overlooking the non touch bar model, which can be considered just as battle tested as the previous models because it does not have as much new, untested tech (the touch bar).

It didn’t make sense for Pier to buy a 2016 model, but it made more than enough sense for me. Just the GPU increase meant I could sell my 2012 15” retina MacBook Pro and 2016 12” MacBook and consolidate into one 13” machine. This was huge for me. The CPU, SSD, RAM, display, speakers (I forgot to mention these, which sound amazing), and everything else about this machine is faster and objectively better (minus the keyboard as this is a preference). I wanted something with more GPU power than my 2012 15” model, so it made absolutely no sense for me to purchase the 21015 model. I also wanted something with a small footprint, that is light, and has a removable SSD, all of which the non touch bar 2016 MacBook Pro have.

I understand the upset about the port issue. If Apple had just left one USB A port on the machine there would be almost nobody upset about this. But Apple is invested in the future and pushes its user base towards that future. Some of us go kicking and screaming, but we go eventually. I don’t see many people using floppy drives or even DVDs that much. It will hurt for a while, but hopefully the industry will follow, USB C will catch up, and in a few years all of this will be a painful but short memory.

The 2016 MacBook Pro is a marvel of a machine, especially the non touch bar version, in my opinion. It has excellent battery life, is faster than the old versions, has no discernible difference in speed from the touch bar model, has a beautiful screen and insanely fast SSD that is removable, and is light and portable.

After over three months of use it has been a fantastic machine for me and I’m glad I bought it. I look forward to seeing what Apple brings next.

Previous: A Torrent of Opportunity
Next: Stronger Gun Regulation Can Work