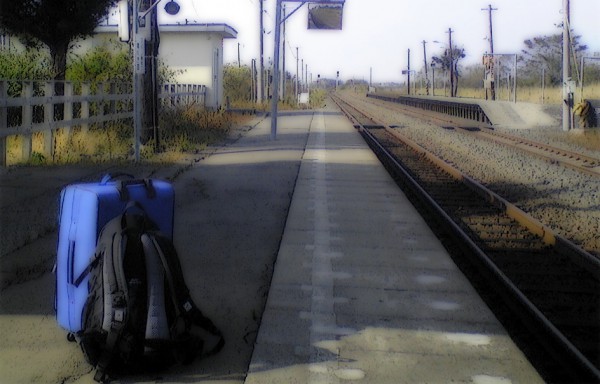 A few months ago I made my fifteenth move in fourteen years. That’s over one move a year if I average it out. In that span the longest I’ve stayed at one place was three years and three months, and the shortest was two months, and a few moves were required in relative short succession. Moving so often wasn’t my intention, the moves just happened out of necessity or life changes and they all occurred in only three different countries.

My most recent move was due to a personal change which left me with two choices: move to a larger place farther from work, or a place much smaller than my previous apartment but closer to work. I’ve done the long commute on the train to work before, so this time I opted for the latter.

Over my past fifteen moves I’ve lived in a few different types of places. In a dorm at graduate school; in an old, dingy 15 square meter apartment with concrete walls that yet somehow managed to let all sound through; in a guest house populated with rather noisy flatmates; in a house behind a dairy farm; in an apartment so close to my neighbor that, if their window were left open, I could climb through into their living room from my bedroom; and in nice, large, and modern apartment. These experiences have prepared me pretty well, I think, for various types of living arrangements in countries similar to those in which I’ve lived.

I’m pretty happy with my new place right now, but not just because it’s closer to work. Going from a 60 square meter two bedroom apartment to a 28 square meter studio apartment meant that I had to downsize my life a lot, getting rid of a lot of things. And it felt great. I was amazed at how many random things I had accumulated over the years that served no purpose (where did I get all of those cables from?). I always felt like I lived rather minimally when it comes to things, but when it came time to move I felt anything but.

Selling, giving, and throwing away things I didn’t need reminded me of when I went to graduate school. I had gotten rid of all of my possessions except for two boxes of comic books and classic video games I left at my mom’s place (thanks mom!), my notebook computer, and some clothes. I fit everything I had into one medium sized suitcase and a backpack (pictured above). I had just about nothing, but I felt like I had so much more than I ever did before. I felt free and awake, liberated from all material possessions I didn’t need.

Now I’m not arguing that it’s bad to have things. We all need certain things to get through our lives and enjoy our hobbies. My trail running and cycling gear, for example, are things I need to help keep myself sane and motivated. My computer helps me stay creative and keep in touch with those who mean a lot to me throughout the world. It’s just that, after this recent move, I’ve once again realized that I’ve had more than I need, and that having less is, for me, really having infinitely more.

As I sit in my studio apartment that could very well be smaller than your walk-in closet, I feel content not to have less, but to have just what I need. I could afford to buy more things, but lately every time that thought comes to mind I am brought back to reminding myself of how little I really need and how good it feels to live with a minimal amount of possessions. I’m sure someday I will move to a larger place, especially if I have children, and then of course get more things. But I never want to forget this feeling of contentment.

Previous: It’s Not That Funny
Next: Being Sneaky