Home | Acronychal | When it’s Not Thrifty 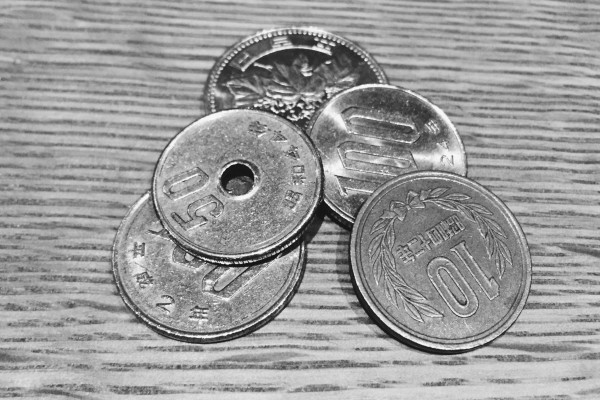 When it’s Not Thrifty

Two years ago next month, I was lucky enough to secure a promotion. This brought many new benefits, one of which was doubling my income overnight.

With this sudden increase in income, I decided to rearrange my personal finances and seriously tackle getting rid of my debt. It wasn’t huge and nowhere near the average debt each person has in the US, but I did have a lot of student loans and some other minor debts from some family emergencies over 15 years ago.

Thanks to a lot of excellent advise and inspiration from those close to me, I’ve made a real dent in my debt. Over the course of my research into ways in which I could better arrange my finances, I found the Mr. Money Mustache website, which has some fantastic advice and resources for those looking to save and achieve financial freedom. It’s been a site I’ve visited regularly over the past few years.

The other day, Mr. Money Mustache made a post in which he interviewed Anita from The Power of Thrift. Anita – who also goes by Thriftygal – is a 30-something lawyer who worked for a prestigious law firm and instead of buying fancy cars and houses lived frugally and paid off her over $100,000 student loan law school debt. She was debt free by 33 and decided to retire and travel the world. Sounds like my kind of retirement!

Reading the interview and then Thriftygal’s website, I admire her for a lot of what she did. Living frugally when you are pulling in the average US $160,000 starting salary of a lawyer at Big Law is not easy for many. It’s a lot easier to fall into the trap of buying a myriad of expensive clothes, giving in to rabid consumerism, driving a Porsche to work, and living it up as much as you want over what you hope to be a decades long career. I used to work at Big Law myself (not as a lawyer) and saw this happen first hand to a lot of incoming lawyers.

While I admire her for her financial choices while she was a lawyer – and agree with many myself – I was irked by some of her stories on her website. She of course can say what she wants and give any advice she wants, and instead of writing this in her website comments section I felt it better to write it here. What bothered me was that I found some of Thriftygal’s posts to be a little judgmental and have a very if I did it so can you attitude. Actually, I find some of Mr. Money Mustache’s posts to be similar in tone. I wrote about this attitude before except in terms of fitness. And I was guilty of it.

The biggest posts that bothered me were Thriftygal’s series on the things you are spending money on that negatively affect your bottom line (here’s the first article). In this series, she goes through a list of things that she claims are bad for you, the environment, and your financial health, and goes into what I feel is a rather judgmental tone as to why these things – such as coffee, music, and technology – are terrible and why you shouldn’t purchase them. She has a follow up post that goes into the things she spends money on – such as alcohol, traveling, and eating out – that she knows are not good for her body, the environment, or financial health.

The first thing that bothers me about Thriftygal’s approach is that her argument feels unfairly judgmental to those who purchase the things she writes against, and there is a complete lack of analysis of what the author admits she spends money on. All you have to do is look at the titles: I thought of more items you spend money on that I don’t, Spending habits that drain your net worth, More habits draining your net worth, or Last post on spending habits draining your net worth unless I can think of other purchases to vilify.

How does Thriftygal know what I spend money on, if it is different than what she spends money on, and if it is draining my net worth?

Speaking with a financial planner or anyone with good financial sense can help you find out those things you are spending money on that you don’t need to. I’m sure we all have, at one time or another, purchased something we didn’t need. I know I am certainly guilty of this.

There’s a lot of good advice on the Internet that may or may not apply to your personal financial situation. I believe Thriftygal does provide some of this good advice. But despite all of the good advice, it’s doubtful than anyone who is giving this advice knows you on a personal level and knows what purchases are draining your net worth and what purchases aren’t.

I actually agree with Thritygal’s points about many of the purchases on her list. But it was how they were presented in the articles that bothered me. Reading through them felt like I was being berated by someone I didn’t know and someone who didn’t have any idea of my financial circumstances. The analysis of each item on the list felt – to me – a little judgmental of others who purchase such items.

These analyses are interesting, and again some of them I personally agree with, yet when she discusses the purchases that are draining her net worth she does not go into an equal analysis. In fact, her analysis is a paragraph or two justifying her purchases and then a single, short line at the end recognizing they are not good. For example, she discusses alcohol and rationalizes to herself and her audience why she spends money on this, and at the end of her discussion simply states: And I know this habit drains my net worth. And I know this habit is bad for my body.

This doesn’t seem like a fair argument to me. If she is going to analyze all of the other purchases on her list as terrible and hint that you are purchasing these terrible items, the least she could do is go into a similar analysis of her own spending habits instead of taking the easy way out with one line at the end “recognizing” her purchases are bad.

Especially when a strong argument could be made that some of her vices – alcohol, for example – are far worse than the things she vilifies, such as coffee.

The other thing that bothers me is that Thriftygal doesn’t seem to understand that we all have different circumstances, and what has worked for her may not work for you. I’ve also found this in the writing of others who provide financial advice like Mr. Money Mustache. I don’t know Thriftygal, but from reading her interview with Mr. Money Mustache and her website it seems she has been incredibly fortunate to have had the means to go to undergrad and law school and the ability to stay in these schools, the intelligence to get in to a good law school, and an amazing amount of luck (she says this herself) to find a lucrative job right before the recession hit in 2008. And to keep that job.

It’s a lot easier to pay off your debt and work towards financial independence when you are making $160,000 per year instead of $30,000. I know this because when my income was doubled it was a lot easier for me to basically have the same life I was having before and spend a significant amount of money paying off my debt. I could finally get out of a bad cycle, and it was a combination of good financial decisions and the fact that I made double what I made the year before.

Not everyone is as fortunate as Thriftygal, Mr. Money Mustache, or others, and I feel like this is something these writers don’t address or dismiss people’s individual circumstances as irrelevant.

You are a 20 year old sophomore in university. You spent your life growing up in a religious cult that you finally escaped. You never went to school and the first class you had was freshman English in your first year of university. You have no help from your parents or anyone else to pay your tuition and are just barely scraping by on student loans and part time jobs.

That year, your parents abandon your three minor siblings. Not wanting them to go to foster homes and be separated, you apply for and receive custody of them. You are now a 20 year old sophomore in university and a parent to three minor children, the youngest being six years old.

You were still very ignorant of the way things worked in the world. You had no money. You were on food stamps. You would receive free food, clothes, and school supplies from local churches and NGOs. The only way you can continue to go to college was by getting more student loans and working more low paying part time jobs. Throughout this, you had an immense amount of emotional stress to deal with.

Being born into a specific set of circumstances (country, family, environment, etc.) at a specific time can have a huge effect on your life and what you can make of it. Outliers: The Story of Success by Malcolm Gladwell describes this a lot better than I can. If Thriftygal’s life were the above example, would she have been able to take care of her minor siblings, work, study, get into a good law school, start her career making US$160,000 per year, and retire in her early thirties? I don’t know her so I can’t say, but I would argue that faced with a different set of circumstances the outcome might be different.

I wish those who have been successful and who have a forum to reach people, such as Thriftygal or Mr. Money Mustache, would take this into more consideration, instead of having a if I can do it, so can you attitude or criticizing people for buying coffee. I used to have this attitude towards fitness. I used to think that if I could go from being overweight to running 100km trail races, so can you. The only thing stopping you is your laziness or lack of determination.

Eventually I found out I was very wrong. Weather it’s related to fitness or finance, our circumstances have a much greater impact on what we can achieve than we might think.

Previous: A Year Late
Next: A Torrent of Opportunity