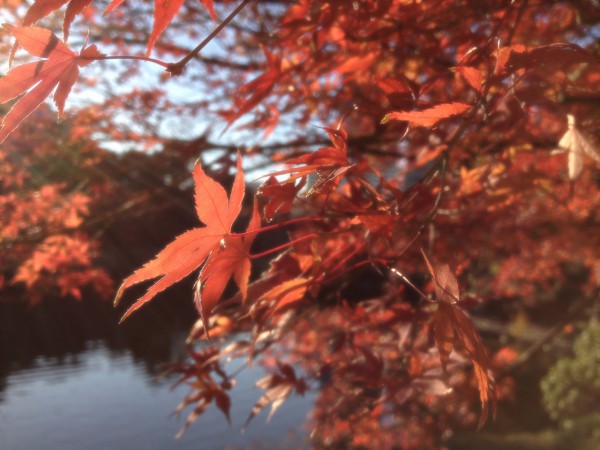 Another year has passed, and with the start of 2014 I imagine that some of you are making resolutions for the new year. Even though the years that we have developed are simply humankind’s way of keeping time as our planet revolves around our closest star, I feel lucky to have made it to 2014 and be able to experience the dawn of a new year.

But this isn’t the time of year I feel like I should make a bunch of New Year’s resolutions, which personally I’ve never really liked. The following are five points, in no particular order, that serve as an explanation for my reasoning and are based on my own experiences with trying to make and achieve such resolutions.

With an entire year ahead of you, it can be very easy to make resolutions that are in fact unrealistic. “I have an entire year in front of me, I can do anything!”, you might find yourself saying. Sure, a year is longer than a week or month, but as we all know it goes by very fast. In the typical euphoric period of celebrating the new year, it is all too easy to forget how short a year really is, and that it is likely not enough time for you to build that spaceship you’ve been dreaming about since you were five or transform your physique into that of the perfect human specimen.

Whether it is something you want to change about yourself, a new hobby you want to take up, a place you want to visit, or a target weight you want to attain, typically these things take time and commitment. A year is likely not enough time for you to go from a casual tennis player to competing in Wimbledon. At the same time, while a year is short, it is long enough for unforeseen circumstances to occur, impeding your progress and further shortening the year.

I’ll take myself as an example. Last year I wanted to run 1,000 kilometers. This wasn’t a resolution, but a goal I wanted to achieve. Unfortunately, I failed and only finished at 788 kilometers. But my failure was due to two unforeseen and rather serious injuries that kept me away from running for nearly four months. My year turned into eight months, and my goal of running 1,000 kilometers was farther away and, as it turned out, unattainable for me.

Given my history as a runner and knowing my yearly average over the past nine years, running 1,000 kilometers in one year was not an unrealistic goal for me. Even so, I didn’t achieve it. If I set a resolution to run 2,000 kilometers for the year – a distance I have never done but have come close to – it would have clearly been unrealistic. I would have surely felt worse only completing 788 kilometers out of 2,000 than 788 out of the 1,000 goal that I made.

It can be all too easy to forget the resolutions we made last year, especially those that were unrealistic. This can then lead to a new set of equally unrealistic resolutions for the year, which only sets us up for disappointment and lowering our feelings of self-worth. This is not something we should be doing. There are plenty of forces beyond our control trying to bring us down already. We don’t need to add anything to this.

Previous: Introspective
Next: A Closer View